BMW introduced the new generation of the X1. The small SUV was previously available as a combustion engine and plug-in hybrid, but a purely electric version could also be ordered in the future. Upon market launch in October 2022, there will initially be two petrol and two diesel engines to choose from, with the all-electric iX1 xDrive30 and two plug-in hybrid models to follow “immediately thereafter.”

The X1, with a length of 4.5 meters and a width of 1.85 meters, is produced at the BMW plant in Regensburg, where for the first time models with combustion engines, plug-in hybrid systems and purely electric motors are being produced in one production line. In addition to electrification, the increasing use of green electricity in production and in the supply chain as well as the increased use of secondary raw materials and natural materials contribute to the progress made in sustainability compared to the previous model.

In the interior, BMW emphasizes the elevated seating position and the distinct new ambiance in the style of the iX large electric SUV. The central elements of this redesign are the flat instrument panel, the BMW “curved display”, the armrest with an integrated control panel that appears to be floating and an indirectly illuminated smartphone system in the front area of ​​the center console. In addition to acoustic comfort, occupant protection has also been improved. The passive safety concept now also includes a new interactive airbag between the driver and front passenger seats.

The rear of the new X1 offers three full seats with significantly increased seating comfort, according to BMW. The rear seat backrest, which can be split 40:20:40, can be reclined and folded down to expand the luggage compartment. The storage volume can be increased from 540 liters to 1600 liters. BMW Maps navigation, a sport leather steering wheel, intelligently controlled dual-zone automatic air conditioning, a rain sensor with automatic headlight control are standard equipment in the new generation of the X1, as are four USB-C ports, two 12-volt connections and a number of One versus extended driver assistance systems compared to the outgoing model. 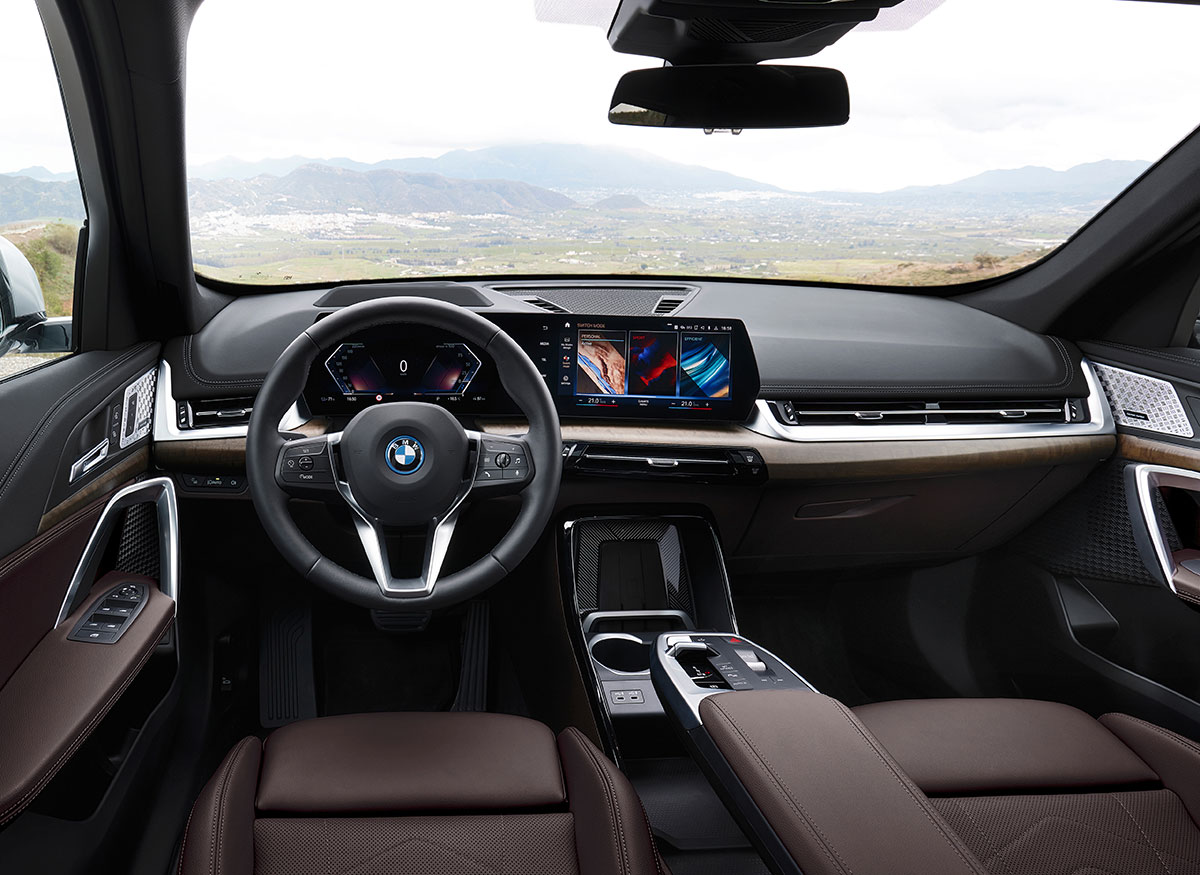 The iX1 xDrive30 is driven by two drive units on the front and rear axles, and the combined output including the temporary boost is 230 kW / 313 hp. System torque – 494 Nm. The electric all-wheel drive system ensures superior traction, directional stability and driving stability in every situation, as BMW promises. The iX1 xDrive30 accelerates from 0 to 100 km/h in 5.7 seconds. According to the WLTP standard, the high-voltage battery, which is arranged flat on the bottom of the hull, should allow a range of 413 to 438 kilometers; The final measurement is still pending.

For the 130 kW/177 hp to 240 kW/326 hp hybrid models of the new X1 model, BMW promises more sportiness, efficiency and better charging performance than the previous generation. Electric range significantly increased from 42 to 89 kilometers in the future. The maximum charging power has been increased from 3.7 kW in the previous model to 7.4 kW. This means that the high voltage battery can be fully charged within 2.5 hours. Charging takes eight hours from a conventional household socket.